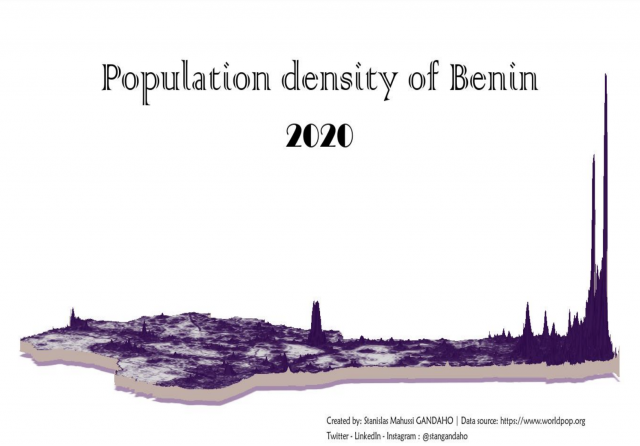 The plot realized is the population density map on Benin that shows how the population evolve throughout the Country. The dataset used is from worldpop that is estimated population density per grid-cell by Random Forest-based asymmetric redistribution mapping approach. The dataset is available to download (https://www.worldpop.org/geodata/summary?id=45947). The units are number of people per square kilometer based on country total adjusted to match the corresponding official United Nations population estimates that have been prepared by the Population Division of the Department of Economic and Social Affairs of the United Nations Secretariat (2019 Revision of World Population Prospects).

This visualization was made in R using mainly raster, rasyhader and magick package.